The conservation of the wildlife by Nature Guides(RNGA) 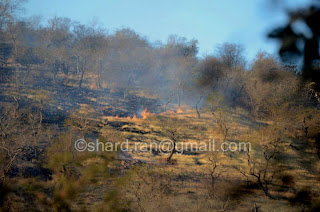 Generally Firing Events due to natural disasters are rarely seen. But it happens due to carelessness of villagers. It happens due to their illiteracy or ignorance of less educated persons. Some villagers have left the park and have settled out of the park campus but their ancestors Gods and Goddesses are inside of the park because their temples are in the park still. So, the villagers go to worship them in the park on festivals or on particular day. 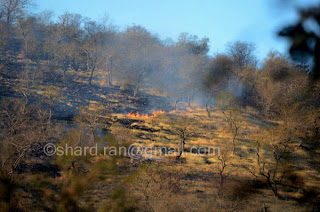 Generally firing accidents happen due to their worship or their smoking. Sometimes sparks from their ritual rites raise up. When they touch hay or very thin dry twings, cause dangerous fires. It is really unlucky and horrible event for the wild life and  the wild animals. Although sincere attention and efforts of forest officers and employees have controlled such type of firing events. This firing control credit goes to the Nature Guides care and efforts in particular tourist area. They give information of such events to the Forest Department time to time. So such accidents are controlled and forests with park’s beauty are also safe from the damage caused by firing. Such type accident of safety act is done by the help the of forest officers, nature guides and other employees.
I really appreciate the role of the Nature Guides in the conservation of the wild life, well done , thank you very much. 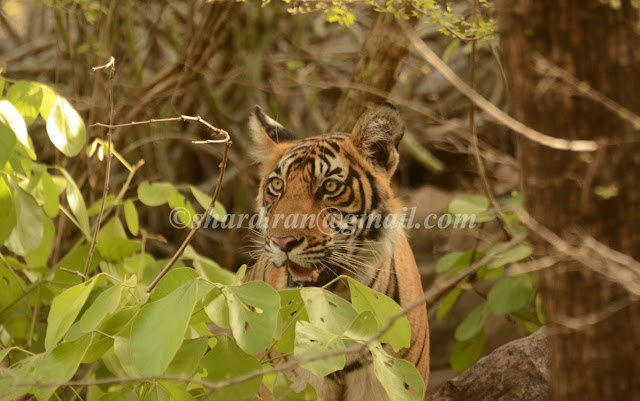 Posted by Junglebooklet at 11:30 AM